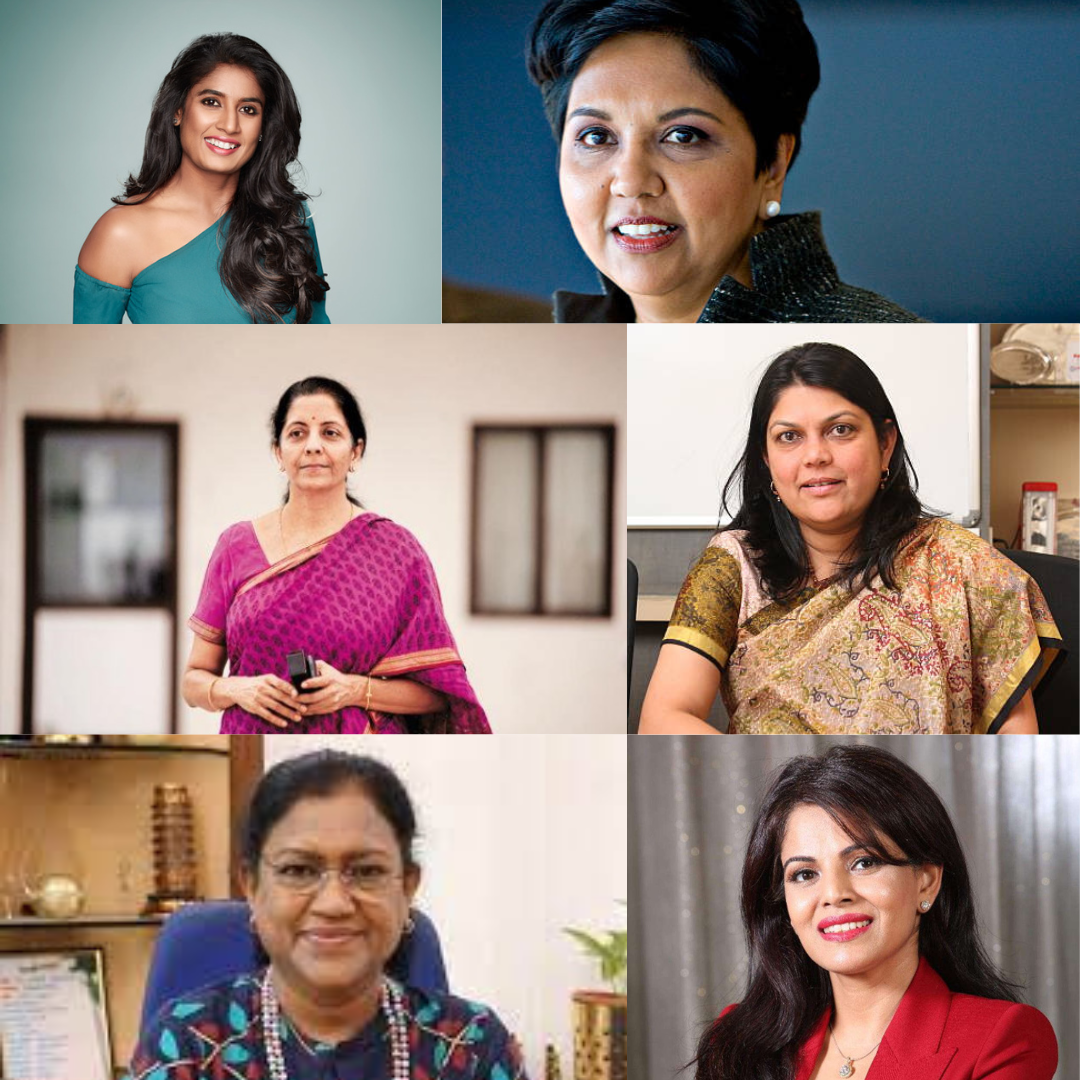 Six women who made a big impact in 2022. Women in India in the year 2022 came a long way in marking their achievements in various fields. 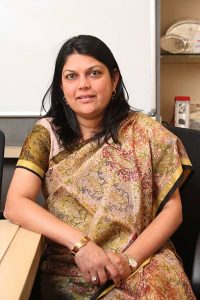 Falguni Nayar is the founder and CEO of Nykaa, a leading beauty retailer in India. She is a trailblazer in the industry, having built Nykaa from the ground up into the successful business it is today.

Nayar is a driving force in the Indian retail sector, and her work has been instrumental in changing the landscape of the industry. She is an advocate for women’s empowerment, and her company provides opportunities for women to succeed in a male-dominated industry.

Nykaa is a shining example of Nayar’s dedication to her work, and her passion for empowering women. Under her leadership, Nykaa has become one of the most popular beauty destinations in India, with a loyal customer base that continues to grow.

Nayar is an inspiration to women everywhere, and her story is proof that anything is possible with hard work and determination. 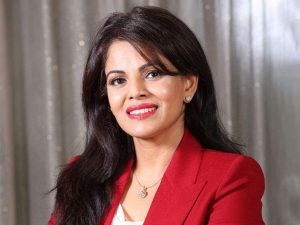 Namita Thapar is a woman who knows what she wants and isn’t afraid to go after it. A self-proclaimed “serial entrepreneur,” she has started and grown several businesses in her native India and in the United States.

In her early twenties, Namita moved to the U.S. to pursue her MBA. She soon realized that her true passion was entrepreneurship, and she began working on startups while still in school. She co-founded her first company, an online retail business, while still in her twenties.

Since then, Namita has continued to grow her businesses and pursue her passions. She is currently the CEO of two companies: an online marketplace for Indian artisans, and a luxury home decor brand. She is also an angel investor and mentor to other entrepreneurs.

Namita’s story is one of hard work and determination. She is an inspiration to other women entrepreneurs, and proof that anything is possible if you put your mind to it. 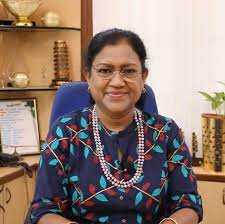 Dr. Shuba Charles specializes in Psychiatrist. She strives to provide individualized care for each of her patients and to help them find relief from their pain so that they can return to living their lives to the fullest extent possible. She, also provides free consultation on youtube to create more awareness on mental well-being.

After her resignation from the post of a medical officer with the Government of Tamil Naidu, she ventured into entrepreneurial journey and launched eco-friendly sanitary napkins, as well as started Thaagam foundation, a leading social enterprise for street children.

An accomplished writer, behavioral therapist, an entrepreneur, a loving wife and mother of three children aged 24, 22 and 12, Dr. Subha Charles is an inspirational and fearless woman, whose footprints in the field of cognitive behavioral therapy have brought about a life changing transformation in the lives of many. 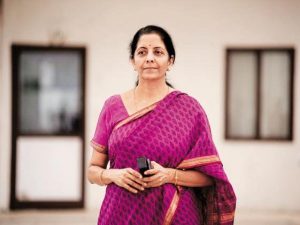 Nirmala Sitharaman is an Indian politician who is the current Minister of Finance and Corporate Affairs. She has also served as the Minister of State for Commerce and Industry with independent charge. Prior to her political career, she was a member of the Indian Economic Service.

Sitharaman was born on 18 August 1959 in Madurai, Tamil Nadu, to Krishnamurthy and Lakshmi Sitharaman. She completed her schooling in Chennai and graduated from Seethalakshmi Ramaswamy College in Tiruchirappalli with a B.A. degree in economics. She went on to earn an M.A. degree in economics from Jawaharlal Nehru University in New Delhi. After working for a few years in the Ministry of Commerce, she enrolled at London School of Economics from where she earned a Ph.D. in economics with her thesis titled “India’s Export Performance and Policy”.

Sitharaman returned to India after completing her Ph.D and joined the National Institute of Public Finance and Policy as a senior research officer. She later worked as an assistant director at the Centre for Monitoring the Indian Economy Pvt. Ltd.

Currently an Indian economist and politician serving as the Minister of Finance and Corporate Affairs of India since 2019. She is a member of the Rajya Sabha, upper house of the Indian Parliament, since 2014. All in all, Nirmala Sitharaman has led a fairly prolific life and continues to be an inspiration to young people across the country. 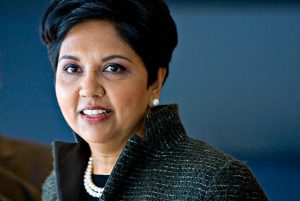 Indra Nooyi is the current CEO of PepsiCo, one of the largest food and beverage companies in the world. She has been with PepsiCo for over 24 years, and she became CEO in 2006. Under her leadership, PepsiCo has continued to grow and prosper.

Nooyi was born in India, and she received her undergraduate degree from Madras Christian College. She then went on to earn her MBA from Yale University. After graduation, she began her career as an analyst at Boston Consulting Group. She then joined Motorola in their corporate planning department.

In 1984, Nooyi joined Pepsico as a director of strategic planning. She quickly rose through the ranks, and became president and CFO in 2001. In 2006, she was named CEO, becoming only the fifth CEO in PepsiCo’s history.

Under Nooyi’s leadership, PepsiCo has continued to grow. The company has acquired several new brands, including Tropicana, Gatorade, Quaker Oats, and Frito-Lay. They have also expanded their operations into new markets around the world. In addition to her work at PepsiCo, Nooyi also serves on the boards of many other organizations, including The Coca-Cola Company and General Electric.

Nooyi is widely respected for her business acumen and leadership skills. She was named one of Fortune’s “Most Powerful Women” six times between 2007 and 2013. Nooyi went on to become the first female CEO of one of the world’s largest corporations, Pepsico. She paved the way for many Indian women in the business and corporate world. Let’s read more about Indira Nooyi and her incredible success story 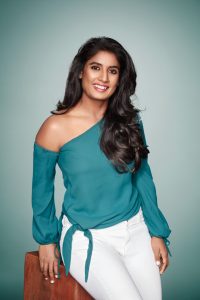 Mithali Raj is an Indian cricketer and the former captain of the India women’s national cricket team. She is often regarded as one of the greatest batswomen in the world, and is the only female cricketer to have scored more than 7,000 runs in international cricket.

Raj was born in Jodhpur, Rajasthan, on December 3, 1982. She made her debut for the Indian national team in 1999, when she was just 16 years old. Since then, she has gone on to play over 200 matches for India and has captained the team on numerous occasions.

Raj is known for her elegant batting style and has been compared to greats such as Sachin Tendulkar and Virender Sehwag. She has scored centuries (100 or more runs in a single innings) against all Test-playing nations except Zimbabwe. In 2017, she became the first woman cricketer to score 6,000 runs in One Day Internationals (ODIs).

Raj was awarded the Arjuna Award, India’s second-highest sporting honor, in 2003. In 2006, she was honored with the Padma Shri, India’s fourth-highest civilian award. She currently holds the record for most runs scored by a woman cricketer in ODIs and is widely regarded as one of the greatest batswomen of all time.