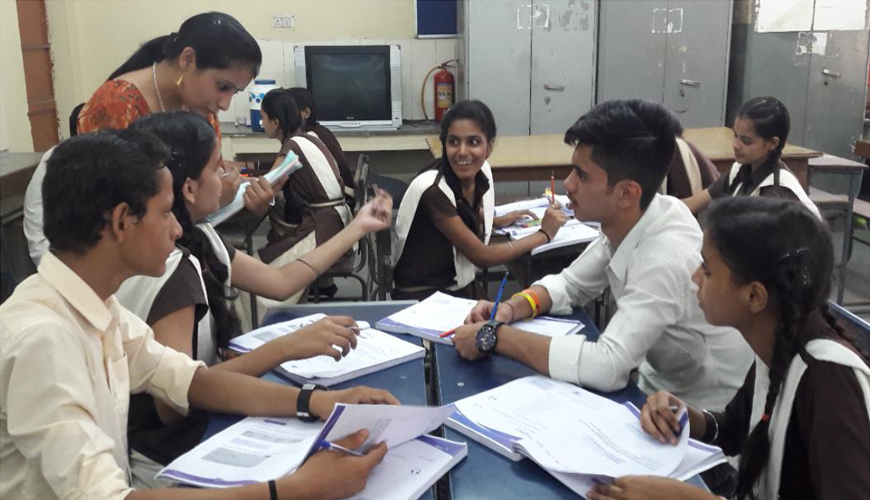 The Delhi government must be commended for looking to address a key gap students in government schools across India face, one that proves debilitating academically, and professionally, later in life.

The Delhi government must be commended for looking to address a key gap students in government schools across India face, one that proves debilitating academically, and professionally, later in life. The state directorate of education, in partnership with the British Council of India, India-McMillan Education, The Academy for Computers Training (Gujarat), and Trinity College London, is starting spoken English coaching for students of schools under it. Students who have appeared in the Class X Board exam, and have passed in at least three subjects, including English, in the pre-board exam, can approach the principals of their respective schools for enrollment in the programme that begins in June. The course will be conducted by school teachers and trainers from the partner institutions. While chief minister Arvind Kejriwal has tweeted that there has been a demand from government school students, most of whom are from economically weaker sections, that they be imparted spoken English training, this has become a necessity as this skill becomes a key factor in the professional and academic futures of students.

Research conducted by the National Skills Development Council (NSDC) shows the soft skills gaps could mar employability and growth in over half of 21 focus sectors such as IT and ITES, media, hospitality, beauty and wellness, retail, financial services and healthcare, given these sectors consider English as an essential skill to complement core domain skills. Moreover, with English being the medium of instruction in higher studies—except for languages— a poor foundation from school will likely mar the quality of educational achievement for students who are not fluent in the language, including spoken English. Later-academic-life training may not be of much use; as a 2015 research published by the Canadian Centre of Science and Education found that just 39% of respondents in a survey of private and government engineering college students in Tamil Nadu— conducted at a private university—agreed that they had learnt new language skills from first-year English classes, while just 17.5% agreed that these classes made them confident to face job interviews. Just 30.6% agreed that the course was effective in improving their English skills.